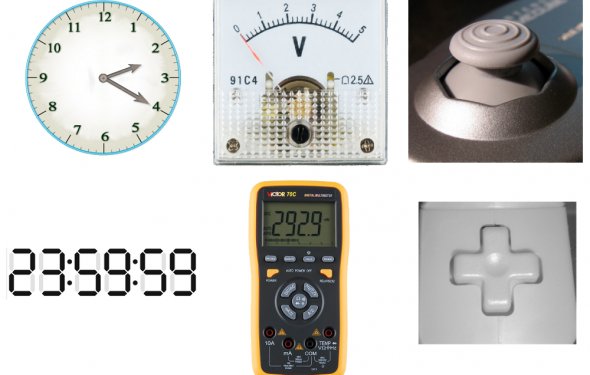 Before going too much further, we should talk a bit about what a signal actually is, electronic signals specifically (as opposed to traffic signals, albums by the ultimate power-trio, or a general means for communication). The signals we’re talking about are time-varying “quantities” which convey some sort of information. In electrical engineering the quantity that’s time-varying is usually voltage (if not that, then usually current). So when we talk about signals, just think of them as a voltage that’s changing over time.

Signals are passed between devices in order to send and receive information, which might be video, audio, or some sort of encoded data. Usually the signals are transmitted through wires, but they could also pass through the air via radio frequency (RF) waves. Audio signals, for example might be transferred between your computer’s audio card and speakers, while data signals might be passed through the air between a tablet and a WiFi router.

Because a signal varies over time, it’s helpful to plot it on a graph where time is plotted on the horizontal, x-axis, and voltage on the vertical, y-axis. Looking at a graph of a signal is usually the easiest way to identify if it’s analog or digital; a time-versus-voltage graph of an analog signal should be smooth and continuous.

While these signals may be limited to a range of maximum and minimum values, there are still an infinite number of possible values within that range. For example, the analog voltage coming out of your wall socket might be clamped between -120V and +120V, but, as you increase the resolution more and more, you discover an infinite number of values that the signal can actually be (like 64.4V, 64.42V, 64.424V, and infinite, increasingly precise values).

Video and audio transmissions are often transferred or recorded using analog signals. The composite video coming out of an old RCA jack, for example, is a coded analog signal usually ranging between 0 and 1.073V. Tiny changes in the signal have a huge effect on the color or location of the video.

An analog signal representing one line of composite video data.

Pure audio signals are also analog. The signal that comes out of a microphone is full of analog frequencies and harmonics, which combine to make beautiful music.

Digital signals must have a finite set of possible values. The number of values in the set can be anywhere between two and a-very-large-number-that’s-not-infinity. Most commonly digital signals will be one of two values – like either 0V or 5V. Timing graphs of these signals look like square waves.

Or a digital signal might be a discrete representation of an analog waveform. Viewed from afar, the wave function below may seem smooth and analog, but when you look closely there are tiny discrete steps as the signal tries to approximate values:

Not all audio and video signals are analog. Standardized signals like HDMI for video (and audio) and MIDI, I2S, or AC'97 for audio are all digitally transmitted.

Most communication between integrated circuits is digital. Interfaces like serial, I2C, and SPI all transmit data via a coded sequence of square waves.

Most of the fundamental electronic components – resistors, capacitors, inductors, diodes, transistors, and operational amplifiers – are all inherently analog. Circuits built with a combination of solely these components are usually analog.

Analog circuits are usually complex combinations of op amps, resistors, caps, and other foundational electronic components. This is an example of a class B analog audio amplifier.

Analog circuits can be very elegant designs with many components, or they can be very simple, like two resistors combining to make a voltage divider. In general, though, analog circuits are much more difficult to design than those which accomplish the same task digitally. It takes a special kind of analog circuit wizard to design an analog radio receiver, or an analog battery charger; digital components exist to make those designs much simpler.

Analog circuits are usually much more susceptible to noise (small, undesired variations in voltage). Small changes in the voltage level of an analog signal may produce significant errors when being processed.

Digital circuits operate using digital, discrete signals. These circuits are usually made of a combination of transistors and logic gates and, at higher levels, microcontrollers or other computing chips. Most processors, whether they’re big beefy processors in your computer, or tiny little microcontrollers, operate in the digital realm.

Digital circuits make use of components like logic gates, or more complicated digital ICs (usually represented by rectangles with labeled pins extending from them).